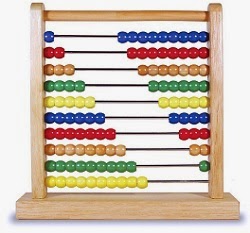 The NHL’s summer of analytics continued this week, with the Edmonton Oilers becoming the latest in a long line of teams to add an advanced stats expert to their staff.

High-profile stats guys like Eric Tulsky, Tyler Dellow and Sunny Mehta have all been hired in recent months, with even the notoriously old-school Maple Leafs finally jumping on the bandwagon. And that’s just the hirings that have been made public – that there have reportedly been plenty more that have gone on behind-the-scenes. We’re suddenly in the middle of an all-out stats hiring frenzy, and if you’re an NHL team and that hasn’t hired an analytics guy lately, you’re feeling the pressure to catch up.

Of course, that has the potential to create some problems, since there are only so many elite hockey minds to go around. With a shrinking supply of truly qualified experts left, some teams that are scrambling to fill out their analytics department could end up hiring the wrong candidate.

That would be a shame, so I’m here to help. If you’re an NHL executive who’s recently brought on a brand new stats guru, here are some signs that you may have made a hiring mistake.